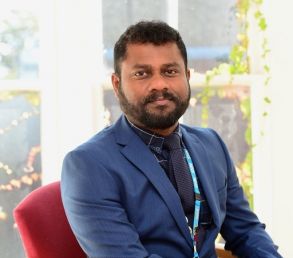 Indian nurses are being supported to nurture their careers in the NHS thanks to a new organisation co-founded by a senior Midlands Partnership NHS Foundation Trust (MPFT) clinician.

Suresh Packiam set up the British Indian Nurses Association (BINA) by working with like-minded NHS Leaders to provide a network of support to nurses of Indian origin working in the UK.

BINA is an arm’s length body of the British Association of Physicians of Indian Origin that seeks to offer a voice to Indian nurses, as well as nurturing and developing the skills of its members via informal coaching and mentoring to improve interview skills and help them think about career progression.

Suresh, who as well as working as a General Manager for MPFT within Staffordshire and Stoke-on-Trent is also General Secretary for BINA, trained to be nurse in India before coming to the UK.

He said: “The creation of BINA will provide a much-needed voice for the Indian nurses working in the NHS. BINA offers a network of support, both in a pastoral sense and for career development. One of our key aims is to nurture and develop the skills Indian nurses have by offering members informal coaching and mentoring to improve their interview skills and to help them think about their career progression.

“We have seen first-hand some of the difficulties nursing staff from black, Asian and minority ethnic (BAME) backgrounds face in terms of inequalities and a lack of support for career progression.

“I’ve also served as a cultural ambassador trained by the Royal College of Nursing for the past four years and the role has helped me to understand the issues BAME nursing staff face and how we can address these. I am also working with colleagues in MPFT to further tackle inequalities by making changes to promote inclusion and bring people together to achieve change.”