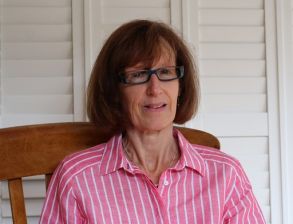 Jan’s husband Dave was diagnosed with early onset dementia when he was just 54. Looking back she says the signs had been there for a while, lost car keys, forgetfulness – things that you could initially put down to the stress of a demanding job but which built up to the point where he wasn’t able to function at work and something had to be done.

And that was okay for the next five years or so. Dave was still leading a normal family life, Jan kept on working and, with a few adjustments and yearly assessments, things were fine. However, Dave began to deteriorate and find it harder to manage, forgetting the way to the local shop, unable to get his own lunch, and it was obvious more help was required.

“Individuals were really helpful, but I kept being passed around the system” she says. “For example we needed support from the continence service and it took hours on the phone, to GP, District Nurse and Continence Team before we got the help Dave needed.”

Even then Jan found she needed to navigate the system herself. Dave is also diabetic and this caused problems when he was at the Day Centre as they couldn’t give him his Insulin injections. It was only through a chance conversation with the diabetic nurse that Jan discovered a change in Dave’s Insulin routine could solve the issue.

“You expect people will be able to tell you what’s out there and when you don’t hear about things you assume it’s because, with all the cuts you hear about, that they aren’t there, but actually there is support and information available.” Jan says.

A breakthrough for Jan was Dave’s referral to the Community Mental Health Team and the appointment of a dedicated care worker, Adam. He was the one she called when Dave’s condition got so bad she felt unable to look after him. Adam arranged for respite care initially and then supported a permanent move to a care home.

The good news is that Adam is still involved in Dave’s care even though he is no longer at home, and is still on the end of the phone for Jan. Adam says “Supporting the carer and the family is a really important part of what we do. To me, Jan’s wellbeing matters just as much as Dave’s, for her own sake, and so she can help support him.”

Jan says “You can feel you are the only one in this situation. For some people it’s hard to talk about what’s happening, you don’t know what the response will be and you fear the consequences and lack of understanding you might face.

“I didn’t really want to go to formal carers’ groups but I valued the Memory Café where you could chat about something other than dementia, and also the informal network of other wives in a similar situation. But it was good to find out about the Carers’ Hub and what help and support was available – and I think this could be promoted more widely.

“I also found that most dementia services were aimed at older people – with Dave being comparatively young some of the reminiscence resources just weren’t appropriate for him.”

Jan and Dave’s story illustrates some good and some not so good experiences, probably typical of many people’s interaction with health and social care services.  MPFT aims to deliver high quality services and staff are committed to making life better for our communities, bringing services together so that care is better integrated and people like Jan don’t have to rely on chance to access the services they need.

Back to Latest News
Hide this section
Show accessibility tools