A Stoke-on-Trent NHS worker whose role involves teaching CPR to schoolchildren, put her skills into practice while out for a family meal by saving a man from choking.

Rebecca Platt, part of Midlands Partnership NHS Foundation Trust’s ‘Our Health 5-19’ service based at Meir Primary Care Centre, was out for a meal with her family at The New Florence pub in Lightwood, when she came to the rescue after a fellow diner began choking on a piece of meat.

The 30-year-old Public Health Advisor, from Fenton, leapt into action when she came across Jamie Webster on the floor and in cardiac arrest, and put her resuscitation training to the test.

The mum-of-one said: “I was in the play area part of the pub with the children and my phone rang and it was my brother’s girlfriend who was in the bar area. All she said was ‘do you do first aid’ and I just said ‘yes’ and she said ‘I need you quick’.

“I went through to be faced with this chap on the floor who’d had a cardiac arrest – his colouring was shocking, he was gasping and foaming at the mouth. He was in a bad way. A member of the bar staff was trying to do CPR but I took over.

“I found out he’d choked on a piece of meat so started CPR and after about four sets of compressions and breaths he did appear to start breathing, so I put him in the recovery position and gave him some back thrusts, and then he went again, so I continued with the CPR.

“A few minutes later the paramedics arrived, so I continued doing compressions while they set up the defibrillator around me. He started breathing after my second lot of compressions.”

The obstruction was low down inside Jamie and the paramedics were initially unable to get it out. An air ambulance then arrived and eventually the medics managed to remove the blockage and take the patient to Royal Stoke Hospital. 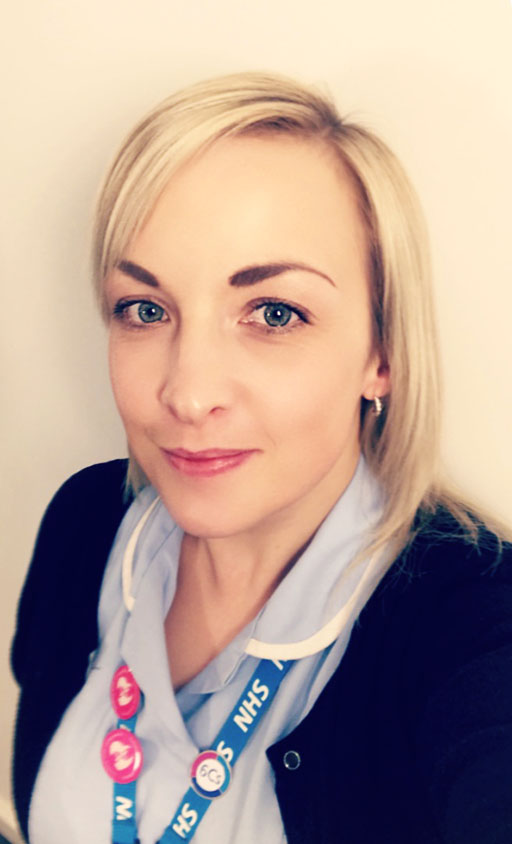 Rebecca was contacted later in the day by the police to be told the man was doing well, awake and talking, and was thankful for Rebecca’s swift actions. 39-year-old Jamie, who had been dining at the pub with his young daughter when the incident happened, was discharged from hospital the next day with no lasting damage and the paramedics told Rebecca if she had not have been there it could have been a very different story.

“It doesn’t seem real if I’m honest,” Rebecca said. “I don’t feel like a big hero I just wanted to give him a good chance."

“I talk a lot about it in my job as part of my role is teaching CPR in schools across Stoke. We do a practical session with the kids, so they have a chance to do it themselves. If they can just learn the basics from it, at least you’re giving someone a chance. I’ve been first aid trained for over nine years but this is the first time it’s ever been put to use in a real-life situation.

“I knew how to do it but I didn’t know how I’d react in the situation but I just got on with it. When I saw him initially I thought ‘that’s it I can’t see him coming back from this’ as he looked terrible. So I’m just so grateful he came through it and can spend his life with his daughter and enjoy it.”

Jamie, who has fully recovered from the experience said: “Whilst eating I suddenly started having trouble breathing and at first hid it from my daughter so that she couldn’t tell I was distressed. However I realised that I was unable to catch my breath and gradually started to panic. I can remember standing up and staggering around and then I eventually passed out.”

Jamie woke up in Royal Stoke hospital very disorientated and with a pain in his ribs. “Later the story was relayed to me how Rebecca had performed CPR on me and brought me back to life, for which I am eternally grateful.

“It is in situations like this, reflecting on the actions of Rebecca and the people in the New Florence looking after my daughter, that I am grateful for the good people we have in the UK.”