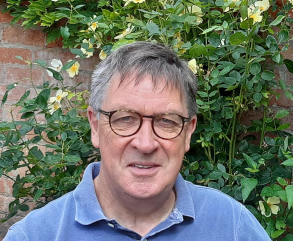 Raymond McMorrow, a Specialist Nurse in Children and Adolescent Mental Health Services (CAMHS) in South Staffordshire, has been awarded a Fellowship by the Royal College of Nursing (RCN) in recognition of his contribution to children and young people (C&YP) nursing and healthcare.

Ray has a long and eminent history of work within the field of C&YP mental health nursing, starting his career in CAMHS in the 1980s. Ray has been the nursing representative for many national NHS and charity organisations, including Young Minds and MindEd, which offer free learning resources about the mental health of children and young people. Ray has also created self-harm pathways for school and emergency nurses, advising NHS England and Public Health England on the needs of vulnerable young people. He has promoted the voice of the service user across child and adult mental health.

Ray was amongst the first C&YP Nurse Consultants in England and in recent years has worked with extremely vulnerable young people, being intricate in the health care response to major child sexual exploitation (CSE) investigations, both in terms of trauma response for victims and creating training programmes for other professionals, families and organisations. As Designated Nurse for Safeguarding he led the health response to the first major investigation into CSE.

Nominations for RCN Fellowships are made by nursing peers. Doreen Crawford is Ray’s chief nominator, having worked with him as RCN activists in the CYP forums. Doreen said, “There are many reasons Ray deserved the nomination and the award. Firstly his career as a nurse, his dedication to his patients and clients, who were often highly traumatised, hard to reach vulnerable youngsters. Secondly as a nursing role model demonstrating the dizzy heights to which nurses can aspire. Thirdly as a colleague supporting his team and the wider network, as an educator enthusing the next generation of nurses and for his support, hard work and dedication to the work of the RCN. Lastly as a really decent human being - self-effacing, modest, kind and compassionate.”

Angela Payne, Professional Lead for Mental Health Nursing, Children and Families Care Group at Midlands Partnership NHS Foundation Trust (MPFT) who deliver CAMHS in South Staffordshire said, “We are very proud of Ray’s achievement. A Fellowship is the RCN’s highest award which is held in very high esteem. Ray’s Fellowship is an acknowledgement from his peers of his experience, accomplishments and commitment to the profession. I wish to extend my warmest congratulations to Ray.”